Where to begin? There's been a lot of excitement here on campus. The heavy equipment rolled in after unplugged and began ripping up the old asphalt parking lot. In just a few days we were left with a giant gravel pit. As I type this there is a crew outside pouring an attractive ribbon of concrete that will separate the parking lot from the permeable pavers that will create some more green space as well as soak up the run off before it trickles into the lake. Good stuff.

Lucy and I just got back from Hostfest, North America's largest Scandinavian festival over in Minot, North Dakota. It was a wild road trip. Lucy, instructors Fred Livesay and Jim Sannerud, and myself were the North House representatives in the "Artisan Village" section of the festival. 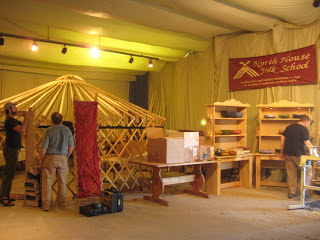 We brought along the new demonstration timber frame that the basic timber framing class built as well as the yurt I've been working on. It really made our space feel like a small village. We occupied our shelters, worked on some craft projects, and told folks the North House story. People were very receptive and excited about the folk school. 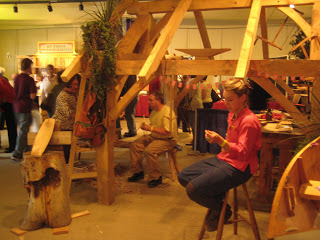 In between our intense conversations and craft endeavors we were entertained by traditional foods, songs, and dance. We even had the pleasure of hearing a daily concert of Abracadabra, an authentic Abba cover band from our booth. Score! 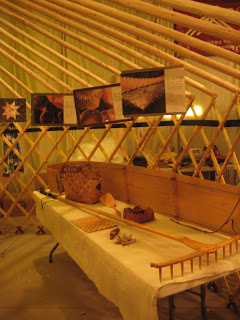 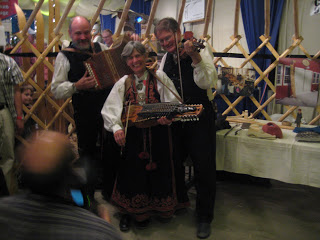 We met a ton of interesting people, and as I am starting realize, it's all about the people. The event was held at the North Dakota State Fair grounds which were 6 feet under water only a few months ago. Minot was hit hard early in the summer with a wave of severe floods. It was amazing to see how much damage the town had suffered. Everything in close proximity of the river was destroyed. There were FEMA trailers through out the town and lots of people were telling us wild stories of watching their family van floating down the street. It was sad to hear, but also amazing to see how folks were helping each other and rebounding from the disaster. It took an extraordinary effort to prepare the ravaged state fair grounds for the event. 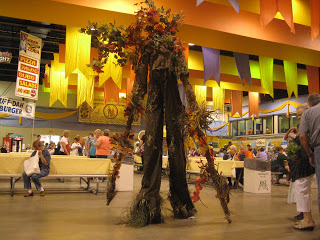 We found ourselves a quaint little corner of parking lot asphalt to call home for the 5 days we were in Minot (any fluffy grass we could have hoped for was drowned by the flood.) We were camped out next to a group of excellent people that were a part of the Danish American society. They were extraordinarily generous neighbors sharing food, beverages, and jokes with the four of us. They also insisted on sharing a breakfast of Ableskiver with us anytime we passed by their booth... absolutely delicious. 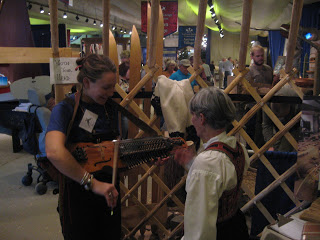 Lucy jamming on the Nyckelharpa.

After 4 days of chatting our duties at Hostfest came to close, but the fun wasn't over. On the long journey back to Grand Marais we had the opportunity to stop and visit with Del and Mary Stubbs who operate Pinewood Forge outside of Bemidji. Del makes some incredible knives and graciously gave us a quick tour of his new workshop space. They also have an experimental orchard, a colony of bees, chickens, and expansive gardens. This was my kind of place! Unfortunately we couldn't stay for long, but it was a great visit and provided a surge of inspiration for me. Del and Mary shared some apples, a bit of cider, and some honey straight off of the comb to keep us cruising in straight line.

Thank you to all the friendly and generous friends we met along the way. And a huge thank you to Fred, Jim, and Lucy for making the experience so light hearted and fun.