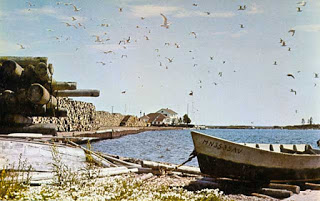 Welcome back to the story of our past. (If you missed the last post, you may want to go back and read it first). This week I want to cover the major resources that have shaped Grand Marais since the 1850's, and talk about how the traditional craft that is central to the North House mission relates to the local history.

The three primary resources that have created industry and supported local life are: the woods, the inland waters, and the big lake.

When we left things off last week, the fur trade had ended and new immigrants were trying to chop out a foothold here. It wasn't easy. There was no road coming or going, the winters were long and cold, and the rocky ground here was not conducive to agricultural pursuits.

Mining was determined to be the up-and-coming industry but unlike further west in the Mesabi Range, iron and other precious metals were not discovered in sufficient quantities to be profitable. Mining quickly turned to logging, which became the new boom. 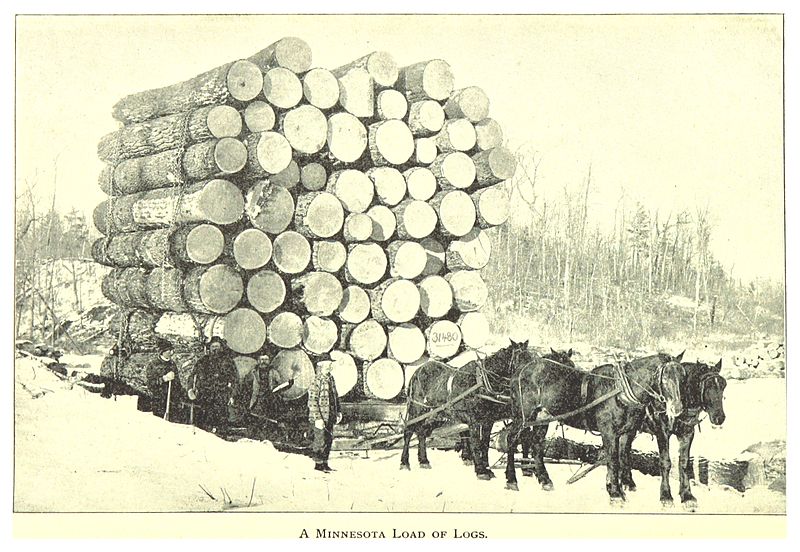 If the 18th and early 19th century were focused on the fur trade, the late 19th and early 20th centuries saw logging become king. Forests were clear-cut of white pine, and transported by river and horse down to the big lake where they were put on ships or in booms and transported to Wisconsin for pulping or milling. The campground just west of North House was used as a staging area for the logs before they were shipped off. Some logs were milled locally; Charlie Johnson was an early Grand Marais resident who constructed a lumber mill right on the west end of the Grand Marais harbor.

The next major resource in this history: "Gichigami";, the big lake.

It is hard to overstate the importance of Lake Superior to this place. It is the one completely central characteristic that makes this place different. It was the primary means of travel until about 100 years ago. It provided food and a livelihood for hungry locals. It dominates our climate (I've been told Grand Marais is on average the warmest town in Minnesota during the winter and the coldest during the summer) and determines our ecosystem. 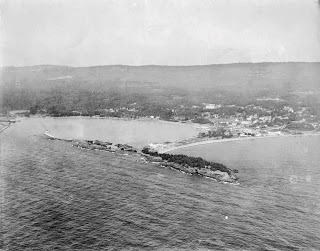 Grand Marais circa 1928. There isn't yet an inner harbor wall.

Grand Marais became a town because of its unique geographic feature of twin harbors. The natives called this place "Gitchi-Bitobig", or "Double Body of Water". What we call "Artist Point" today is part of a peninsula of land that juts out between the harbor and East Bay. This creates two protected places, and this was attractive to ship captains. If caught in a storm from the west or the east, a ship could anchor either in the East Bay waters or in the harbor and be more protected.

The east break-wall of the Grand Marais harbor was built in 1884 to further enhance this natural "safe harbor"; and in the following year the north shore's first lighthouse went up. The west harbor wall was completed in 1900, and a town centerpiece was born.

Life in Grand Marais converged around the harbor. Until a road was built up the shore in the 1920s, steamboat (and horse or dogsled in the winter) was the only means of travel. Every week, the steamboat "America" (and many other smaller boats) would chug in and dock, bringing supplies and fresh faces, and taking people and any goods, such as fish, back to Duluth.

Fishing was a primary industry in Grand Marais from the mid 1800s until the mid 1900s. Fish populations were each depleted in turn, from overfishing and other factors: whitefish was first in the fisherman's net, followed by lake trout, and only after those fish became scarce did fisherman focus on herring, the most common north shore fish caught today.

Local fisherman Tom Eckel Sr. standing on the shore where our dock is today.

The final piece of the puzzle of what makes this place this place is the inland lakes. North of Grand Marais lies the most unique network of lakes that once fed the fur trade, and now lie within the Boundary Waters Canoe Area Wilderness. The road we call the Gunflint trail originally moved supplies and lumber down to the Big Lake. The beginning of an era came in 1924 when the Gunflint Lodge opened its doors. Since then, that high country dotted with thousands of lakes has been a destination for many tourists and travelers looking for adventure and solace.

So, besides being fascinating, what does all of this history have to do with North House? Everything, in fact. One of the defining aspects of craft is the place where it happens. Craft is often created from local materials; we use birch bark for canoes, containers, and ornaments partly because birches grow everywhere around here. In California, I never came across a single birch bark crafter or class. It doesn't grow there. Craft is often designed to fit within a particular climate for a specific purpose; the mukluks that students make here are perfect cold-and-snow footwear born from tromping through miles of snowdrifts. Craft is often unique to its home and reflects the reality of that place; unlike other folk schools, we have boats hanging from almost every rafter on campus, and offer many boat-building classes. I would venture to say this has something to do with the huge lake out our front door. Boat building is inspired by the place we are in. 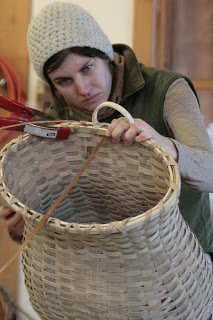 Something that North House has in common with the history of this place is our effort at creating useful and beautiful handmade items from the materials that are here at our fingertips, which is how all people used to live. We use wood from these forests. Folks learn how to catch and cook fish from these lakes. We teach a bead embroidery style that was created by the native Americans living here.

We are always engaging with the characteristics of the North Shore that make it the North Shore. For that, I think North House is uniquely tied to the history of this place.

Thanks to Carrie and Dori at the Cook County Historical Society for sharing their knowledge and resources. I encourage anyone that is interested in local history to visit the Historical Society Museum in downtown Grand Marais - there is so much more to discover!