There are two kinds of boat models. One is a historic replica you might see in a museum or made from a kit to assemble from a hobby store. Then there is the builder’s model, often called the Half Model because they are typically made to represent half of the boat, bisected vertically down the symmetrical plane. 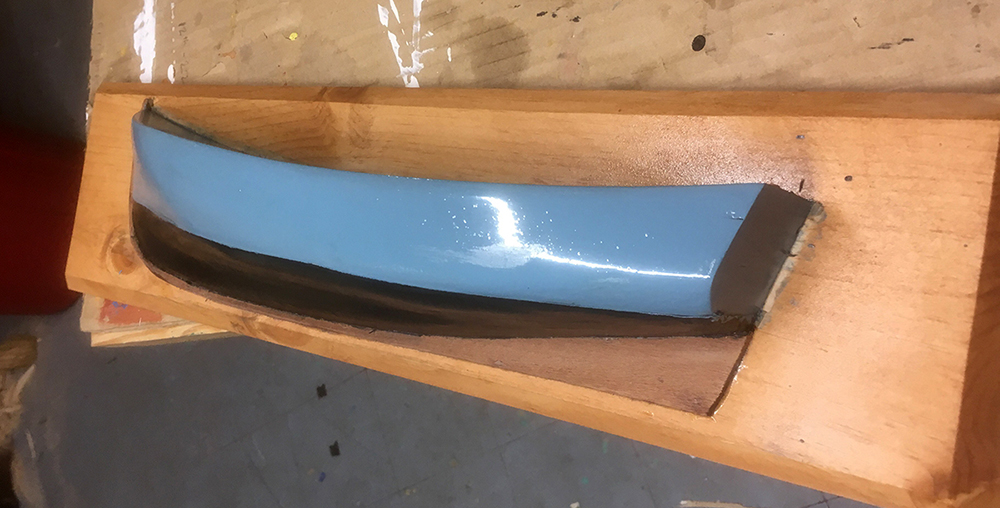 There are two kinds of boat models. One is a historic replica you might see in a museum or made from a kit to assemble from a hobby store. These models pay more attention to the little finishing details than they do the overall hull shape. Then there is the builder’s model, often called the Half Model because they are typically made to represent half of the boat, bisected vertically down the symmetrical plane. Half models are literally a three dimensional representation of a set of boat plans. To build one you literally trace lines from blueprints onto blocks of wood and carve to the traced lines. There is a bit more to it than that, and it is a fun process, but it can go really fast. 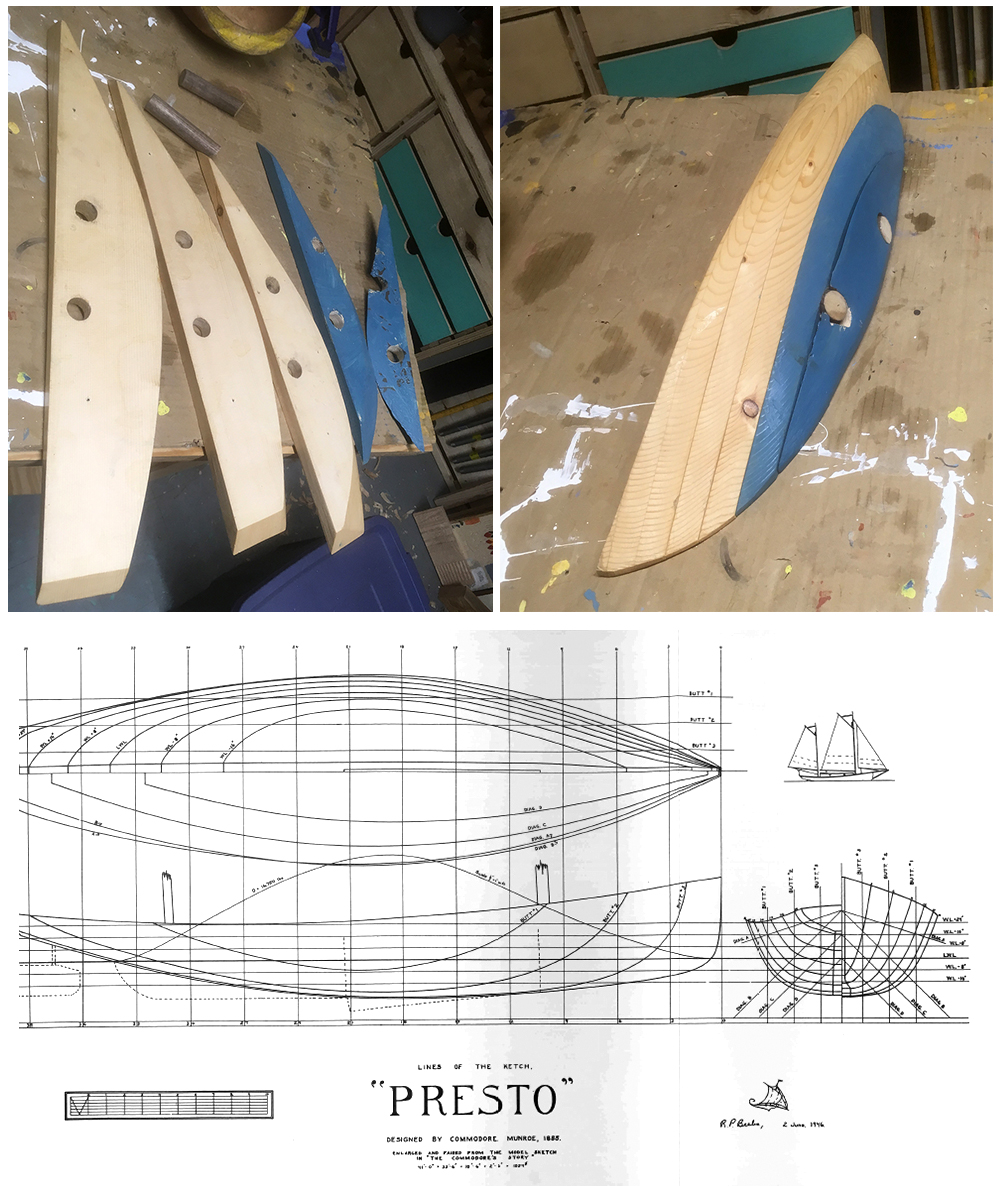 There are all sorts of reasons to build a half model. They make beautiful wall decorations. Owners of fancy yachts might have them displayed in the salon of their boat, or a half model of a race champion might be on the walls of a yacht club. Better yet, you could make a half model of a boat your grandpa used and put in on the wall of your cabin. Beyond decorations, half models have practical purposes too. In the era before industrial design, boat building was more art than science. Boat builders designed a boat by shaping a half model. When they liked the half model they would measure off the model and scale up to build a boat. One of the reasons I wanted to build some half models last week was to help me with the planning for the herring skiff. I wanted to think about different ways of planking the Herring Skiff, and you can use battens on your model to draw lines representing planking seams. This can give you a scaled down representation of the true shape of each plank. 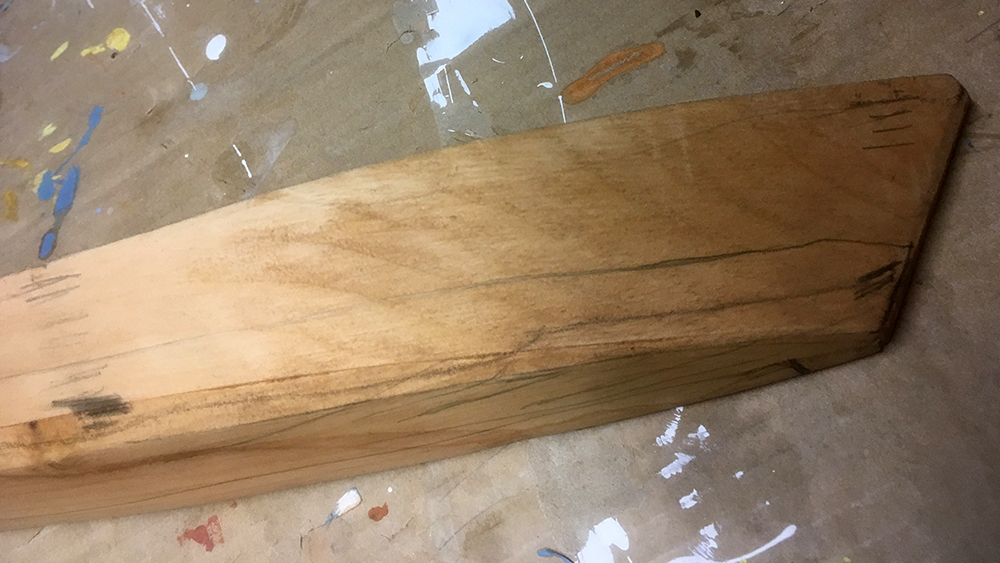 So last week, in addition to making a model of the herring skiff, I made two other half models – one of the Paulsbo Boat and another of a Boat called Presto! The Paulsbo boat is a crabbing boat designed by a Swedish immigrant named Roland Young, in a town called Paulsbo on Washington’s Olympic Peninsula. The Paulsbo boat is a beautiful and classic little work boat. The boat building school I went to near Port Townsend builds them from time the time and I think they are absolutely lovely. Story goes that Roland carved a half model, liked it and just went to work in the basement of a gas station, churning out 2 to 4 boats a year for 30 years. Presto! Is a well-known boat designed by Commodore Monroe of Coconut Grove Florida in the 1880s. Boats made for Florida’s island laden waters were typically built with shallow drafts to survive the shoals and reefs, and were hard-chined because that made the most sense for shallow boats. Presto! however, is a round hulled boat with very classic lines and classic rig. Many people say it is the perfect complement to a large yacht in a little boats body. It was a very innovative approach. 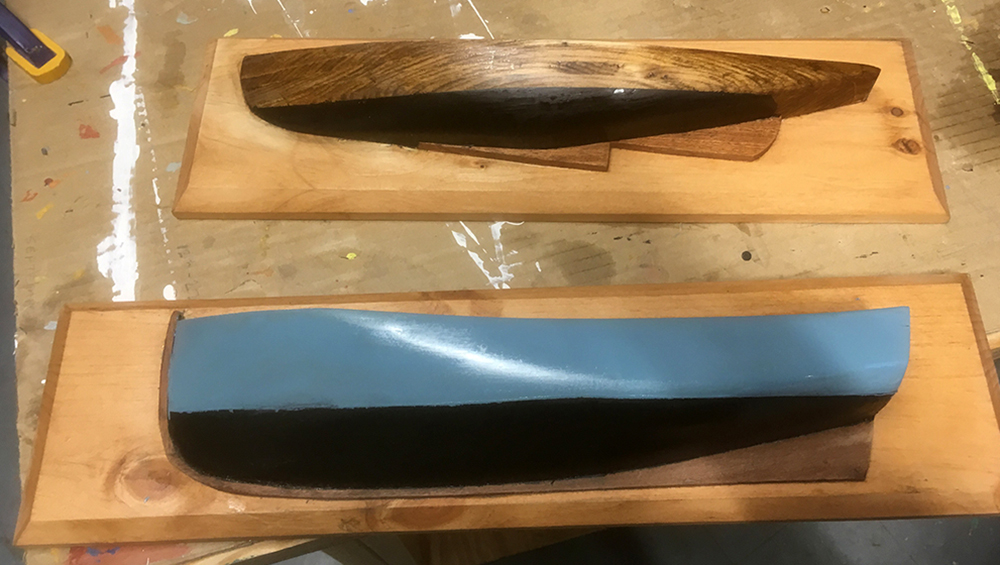 Are there any boats that you often dream about? This coming Halloween weekend I will be teaching a half model class here at North House! Come and learn a ton about boat design and come home with a couple half models of boats you find interesting. You can build a beautiful one to hang on your wall, or a working one to help plan a build. I’ve got some ideas for local designs we can make models of, such a Mackinaw Boat built in Sault Ste. Marie and a row boat built by a small ship yard in Door County. I’ll be getting in touch with anyone who signs up for the class beforehand and making sure I have plans that suit every student’s interest.