Of all the woodworking classes that we offer, Automata: Making Wood Move may be the most whimsical. Gears, cams and cranks combine to give life to otherwise still wood.

Automata instructor Cecilia Schiller has long been a sculptor. Her sculpting material, however, has changed over the years. It began with hairdressing, then became theater costumes and wigs, and later she made set pieces using Styrofoam and paper mache. Eventually she decided to make art from a more substantial and beautiful material, and that's when she started working with wood. 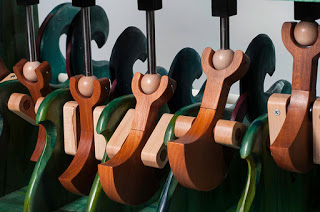 Cams from a sculpture

After coming back from a stint in South America where she built a house and began to learn some woodworking, she wanted to get more serious about carving. How did she find a teacher? This was pre-North House, so the yellow pages, of course! She found a teacher who she studied with for 7 years. That era shaped her interest in masks, so she found a traditional mask maker in Bali and traveled there to study for several months. 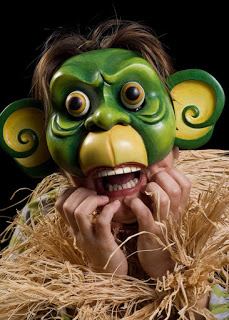 One of Cecilia's wooden masks

Masks were her main focus for a time, but she found a studio space and started doing any woodcarving work she could think of. She decided "if I want to make MY art, I better start just doing it."

Then, one day, a friend called her up and said "I saw a class and you have to take it!" That class was an automata class with Swedish instructor, Per Helldorff. Despite a challenging classroom environment—1 teacher, 20 students, 2 dinky scroll saws and a single handheld drill mounted on a press—Cecilia was hooked. In fact, the lack of instructor time helped her. "Every single thing that could possibly go wrong went wrong and I had to figure out how to adjust it so it would work." One gear in particular unlocked secrets about wood movement and that project had enough for her to extrapolate out how it all worked and dive in. 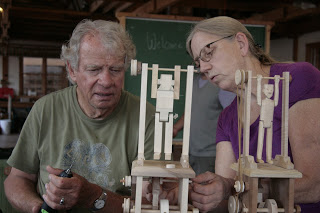 Cecilia instructing a student on his project.

Since then she has worked on refining pieces to function for a long time without wearing or needing to be fixed. She is trying to build with indestructible pieces, which is lots of work but interesting work. 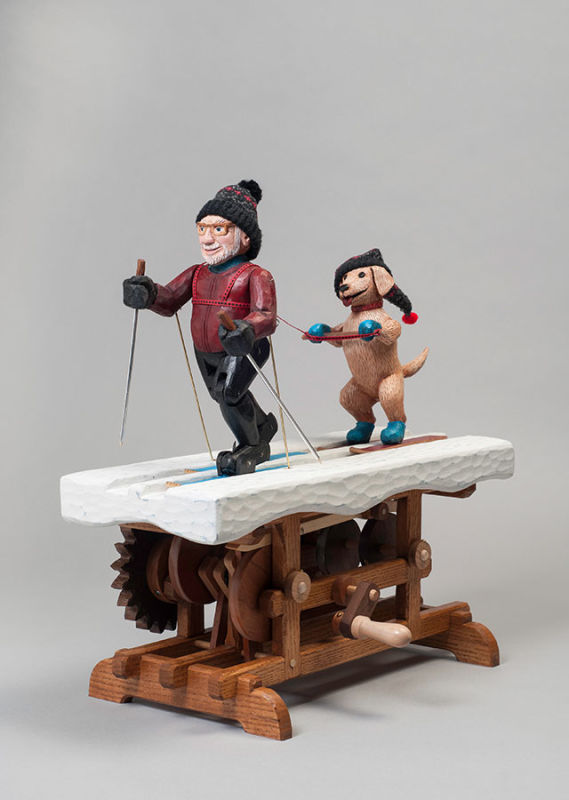 Imagination is the limit for these moving creations!

"When things move they are more alive. There's just something fascinating about movement. I think it's genetic, or part of our predatory nature. You're turning the crank, you're seeing it move, but somehow there's some sort of disbelief - 'how can this thing move?' " 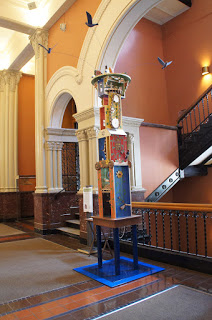 Cecilia wants to create more mechanized art for public consumption. She sells her automata, but it makes her sad that many people can't afford to buy it. Rather than tucked away in a private collection somewhere, she wants her pieces in a place where people can find them. She sees that her art touches people in important ways. She has been contacted by strangers that tell her that her sculptures lifted their spirits.

I guess you could say her moving art moves people.

A quick postscript to thank my Dad for his video editing work. He made the video in this post, and the video from my earlier pram post. Both times I brought photos to him without a clue how to make them look good, and both times he created his own works of moving art, full of his lively, quirky personality. Thanks for your enthusiasm and creativity, Dad!