Nathan was born in Milwaukee, WI and moved to Minneapolis in 2009. Through his interest in sculpture, he started carving spoons, which in turn inspired him to pursue woodworking. His first stop of that pursuit was apprenticing at the Carpenter’s Boat Shop in Pemaquid, ME. While there, Nate lived in community with his instructors and other apprentices as they learned boat building fundamentals building and restoring skiffs, peapods, dinghies, and other smaller boats and vessels. After his apprenticeship, he stayed in Maine and worked with one of his former instructors building a house and living off grid. During his time in Maine, he was introduced to many aspects of craft such as green woodworking, and that is where he first learned to turn bowls on a lathe. Following that, he went back and forth between Minnesota to work at a wooden boat restoration shop, and Maine to work as a timber framer. In 2016 he was a recipient of the Folk and Traditional Art Grant from the Minnesota States Arts Board to study traditional wooden bowls of Scandinavia. Nate received an Artist Initiative Grant also from the MSAB in 2019, and in the spring of 2021, did his first residency at Anderson Ranch in Snowmass Village, CO. 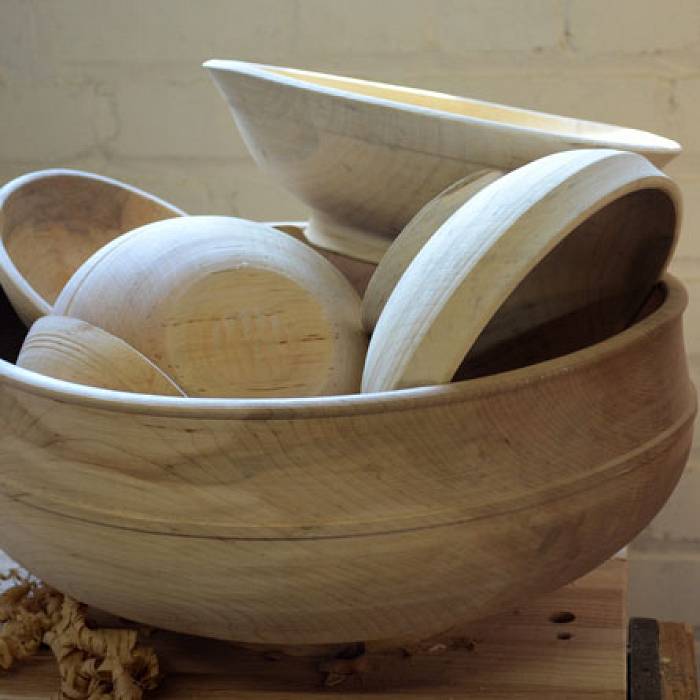 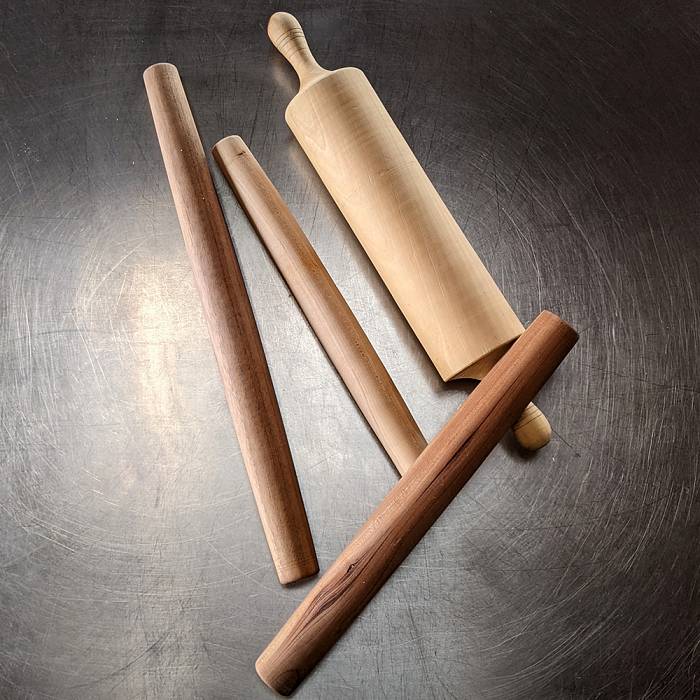 Spindle-Turned Rolling Pins on the Lathe