Jock has been a professional wood carver for over 40 years. He began his career at Baker Furniture in Michigan, and started his company, Norwegian Termite, in 1979 in Chicago. He won his first wood carving award at the National Exhibition of Folk Art, Decorah, IA, to be followed by several other awards, including achieving his Gold Medal status in 2010. He has received training and tutoring from various American and Norwegian master carvers, including Hans Sandom, Phillip Odden, Bjarte Aarseth, and others.

Some of his recent significant projects include:

Jock is the past president of the Viking Woodcarvers Club, Bloomington, MN; lifetime member of Vesterheim Norwegian-American Museum, charter member of Norway House, and co-leader of the Burnsville Senior Center Woodcarvers group. 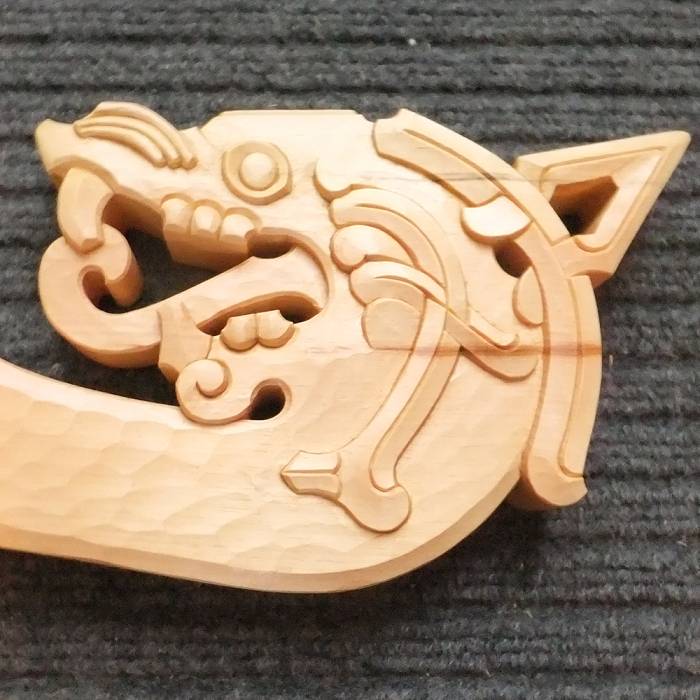 Past Courses Offered by Jock Holmen