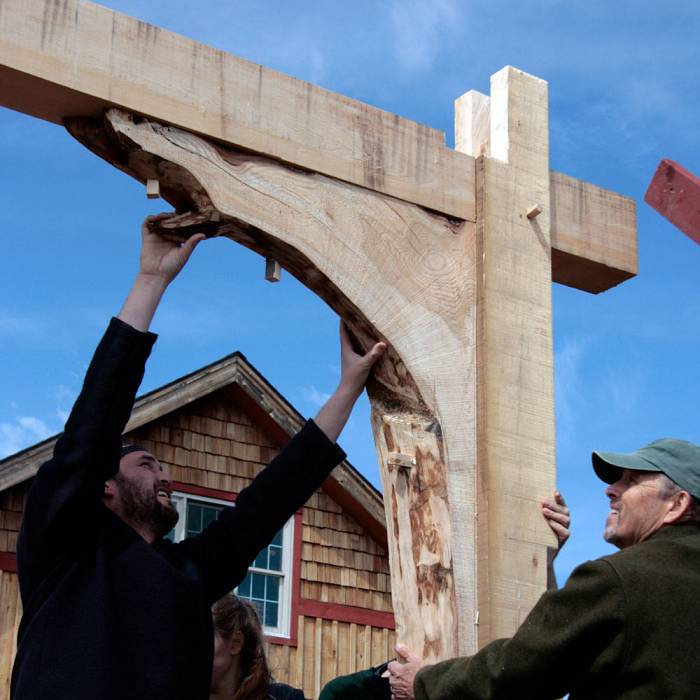 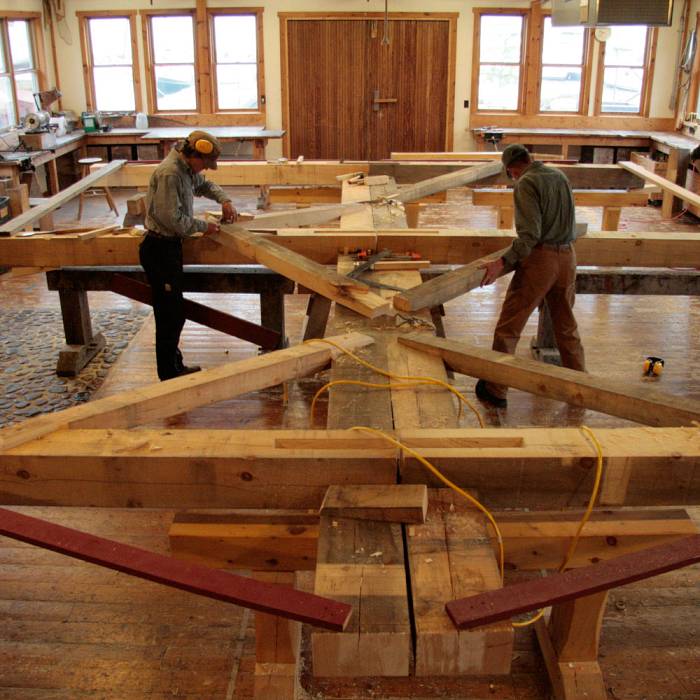 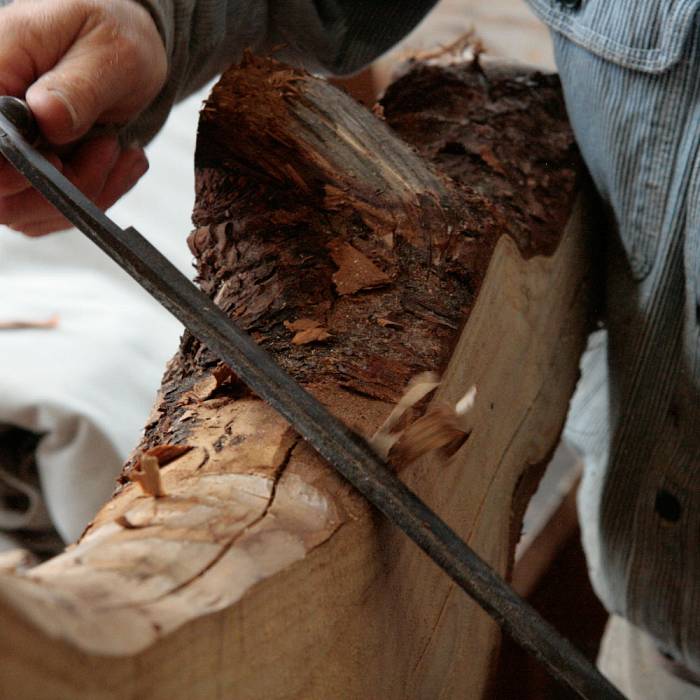 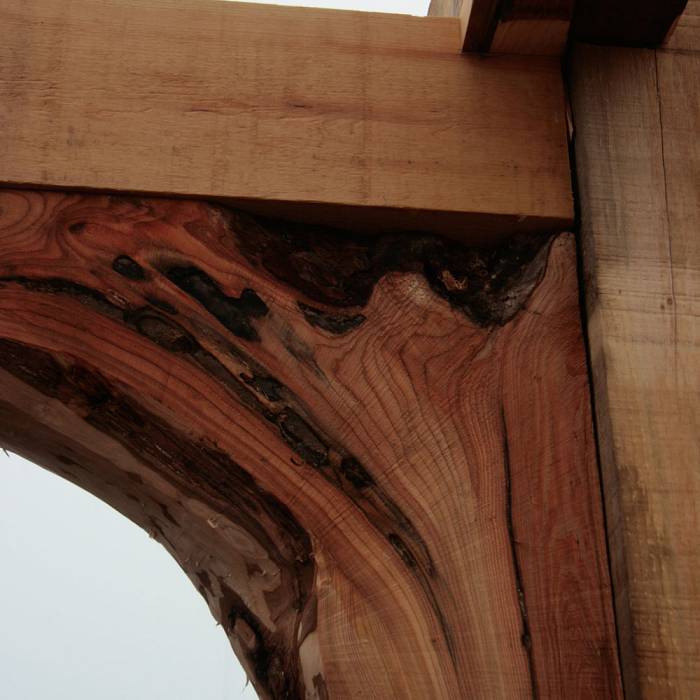 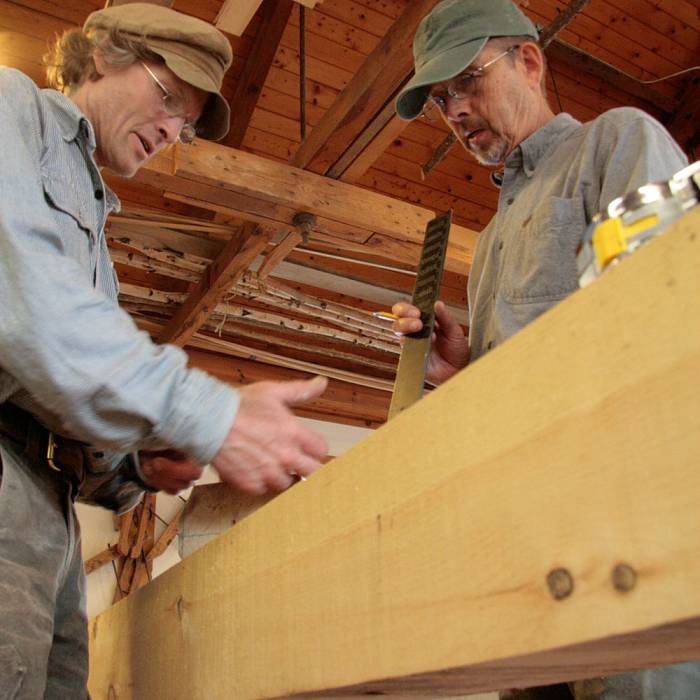 Grindbygg is one of more than twenty timber frame styles in Norway. The design and joinery of grindbygg timber frames harkens back to the early days of post construction before the common usage of mortise and tenon joinery. While many aspects of grindbygg are similar to the post buildings of the Viking era and before, the specific design and joinery of the grindbygg is first seen in the late 1400s. The indicative feature is the necked tying joint where the post, tie beam, and plate come together. The series of slots, laps, and notches are held tightly together by the force of gravity on the roof.

Until the early 20th century, grindbygg frames were commonly constructed in southwestern Norway as unheated out-buildings: barns, boathouses, and storehouses. Recently there has been renewed interest in preserving this building technique and there are numerous builders in Norway constructing grindbygg frames, mostly for outbuildings and carports.

No sessions currently scheduled for this course.