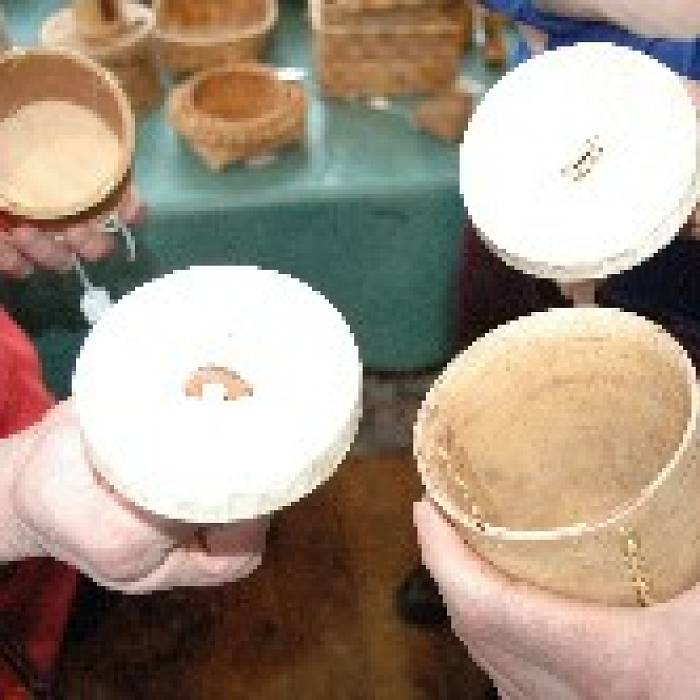 Solid-sheet birch bark canisters called tuesi have been made in Novgorod, the hometown of esteemed basket maker Vladimir Yarish, since at least the 10th century. Though many kinds of bark canisters were made across the other parts of Russia, Scandinavia and the Baltics, the tuesi was typical for the end of 19th and early 20th century in Novgorodian province. Used to store perishables like milk, sour cream and honey, this challenging form is regarded as the highest art of birch bark craft. Using carefully harvested single sheet cylinders Vladimir will provide from Russia, students will create a water-tight canister and a lid with a handle. The diameter of the cylinder varies based on the size of the tree from which it is harvested, but the finished product will be roughly five inches in diameter. Take your basketry skills to the next level in this intermediate to advanced level course with a beloved international guest instructor.